PLEASE NOTE! Masks are mandatory during classes and while in the shop. And for now we will not be accepting walk-in students (especially for our project help classes), so you must register ahead of time. This will help us maintain small class sizes for the comfort and safety of our teachers and students. PLEASE SIGN UP AT LEAST 24 HOURS IN ADVANCE OF THE CLASS. Thank you!

All About I-Cord
I-Cord edgings are a fun and beautiful way to embellish your knitting. Sign up here to learn about all the possibilities. 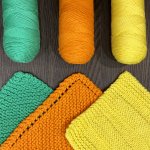 Beginning Knitting 101
Ready to learn how to knit? Click here to sign up for this incredibly thorough beginning knitting class. 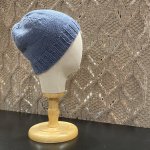 Beginning Knitting 102
You've mastered casting on, knitting, purling, and binding off... so what's next? This 102 level class will take you beyond the basics while making a simple, stylish beanie. Click here to sign up for this follow up to our Beginning Knitting 101 class.

Beginning Stranded Colorwork
Using two or more colors of yarn to do stranded or Fair Isle knitting can add depth and color to your projects. This class will cover the basic techniques of holding two colors of yarn, knitting with correct tension, and chart reading. Click here to read more and sign up!

Cut Your Knits
Steeks are an amazing. Cut your knitting to create a front band or an after thought pocket?!!! Sign up here to learn how. 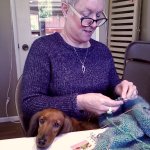 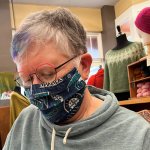 Cost: $ 20.00
Introduction to Felting and Darning

Introduction to Felting and Darning
This is a great class for beginners to learn simple mending techniques to bring new life to their beloved garments! Click here to read more and sign up.

Planned Pooling
Have you wondered how to make those beautiful pooled fabrics? Click here to learn how!

Strange Brew - Beginning Colorwork Sweater Class
Are you ready to set your sights on the milestone of a stranded colorwork sweater in your knitting journey? Click here to learn more and sign up!

Sue Falcone has been knitting since she was 12 years old. She takes great pride in the fact that her daughter and two granddaughters are fabulous knitters, although they often raid her stash for the good stuff! Sue’s experience and knowledge are extensive having worked at a variety of yarn shops in the greater Seattle area, most currently at Acorn Street Shop. Her patience and encouragement are stellar in helping knitters improve their skills and move forward with their projects. You may have already seen her helping customers at the big table at Acorn. She can be found on Ravelry as susna. Check out some of the 700 + projects he has posted!


Jacquie Hubbard does not recall a time that she did not enjoy fiber arts -- knitting, crochet, spinning, sewing, and embroidery. Her fibery journey began as a young child in Canada when an adopted Welsh grandmother first placed wool and knitting needles in her hands. After working a few decades in healthcare, Jacquie has spent the last six years assisting customers, teaching knitting, and hosting make-alongs in the LYS setting in the PNW. Jacquie's students regularly describe her as an incredibly patient and full-on fun teacher with oodles of fiber arts know-how. Jacquie delights in her students' successes as she helps them build skills and confidence to create the projects of their dreams at all levels of complexity and unravel the boo-boos that sometimes cross the paths of all knitters. She can be found as knitsmuch on Ravelry, and stitchmuch on Instagram.


Gregory Menard moved to Seattle from Arizona in 1991. Growing up in a military household, he has lived all over the country. As a child he was encouraged in all of his artistic endeavors, even being taught to knit when he asked, at 11. He dabbled in many creative pursuits, but has always come back to knitting, his first love. After a long hiatus caused by a disastrous, pre-YouTube, attempt to make a sock, his desire to knit was rekindled by the sight of a woman on the ferry knitting socks, one almost complete on her needles. If she could do it, he was determined that he could too! That was 20 years ago and he soon began his relationship with Acorn Street. He credits the staff, and with their help was able to conquer socks and is now fascinated by garment construction. He has knit every kind of garment and is currently experimenting with pants! Recently retired after 45 years as a hairdresser, he is looking forward to putting to use some of what he learned from teaching how to cut hair into teaching how to knit. He is thrilled to be joining the Acorn Street family.

Rachel Weigelt has always had a passion for creating art, crafting and sustainability. She learned to sew at a young age from her grandmother who trusted her with an old Singer machine and taught her the skills to make, mend and reimagine her clothes. As a farm wife and child of the depression, her grandmother instilled the importance of caring for things and making them last. Rachel now uses her creative problem solving and sewing skills to extend the life of existing clothing and other textiles. Her vision is to offer these services to disrupt fast-fashion, have a meaningful impact on climate change and show respect for those who make our clothes. Currently her studio is in her home in the Ravenna/Wedgewood neighborhood of Seattle. Find more details about Rachel’s tailoring and mending business at www.frayedthreadsmending.com